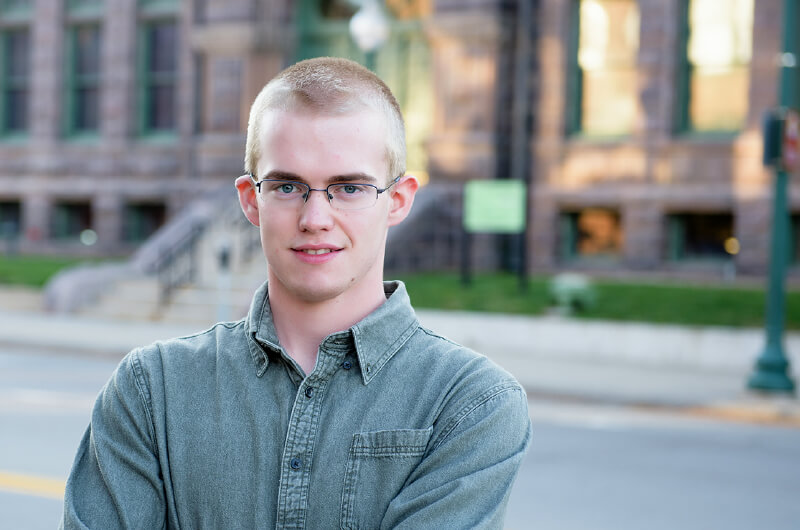 It's a list that would make any parents proud, but Lanette and Scott Thompson have even more reasons to smile.

"Will worked long and hard to get to this point," explains his mom, Lanette. "I don't think he would be where he is today without the help and support of the TeachWell (formerly East Dakota Education Cooperative) staff working in the Brandon Valley School District. They helped us guide our son to be the amazing young man he is today."

Amazing, indeed. Because Will has high-functioning autism, he has overcome many challenges and surpassed a lot of expectations. He wasn't officially diagnosed with autism until second grade, but at an early age, Will's parents noticed little things, like a delay in his speech and motor development.

"We began occupational therapy and speech therapy through the Birth to Three program when Will was about 15 months old," says Lanette. "The therapists would come to our house a couple times a week, and at age three, Will began attending the Brandon Valley School District's Early Childhood Program."

By this time, Lanette and Scott were noticing some of Will's sensory issues. He would scream and become extremely upset over things like bubbles in his bath, syrup on his hands or crumbs in his mouth. Grass, sand, glue and certain materials on his clothing were other things he just couldn't tolerate.

"Haircuts were a nightmare and a whole family ordeal," explains Lanette. "My sister is a hairstylist. She would get the clippers ready while my husband held William in a giant bear hug, both of them wrapped in towels and a yellow raincoat. I would try to catch the hair as it was coming off so it wouldn't touch his skin. Needless to say, Will's hair sometimes got quite long."

With the help of the Early Childhood staff, Will's speech, balance and motor skills improved. But according to Lanette, Will's sensory issues required the most work.

"They kindly and gently forced him out of his comfort zone. They had him write in shaving cream and syrup, they worked with paint and took him on 'texture walks.' Will hated all of this, but he absolutely loved Early Childhood and the staff there. He loved going to school—and still does," says Lanette.

Once Will entered elementary school, he continued with OT and speech therapy, resulting in improved speech and muscle strength. He hit a stumbling block in first grade, where his reading scores showed low fluency but high comprehension and vocabulary. Through further testing, Will was diagnosed with high functioning autism and began training with an autism specialist in addition to his OT and speech therapies.

Through hard work and the support of his family, teachers and specialists, Will continued to improve through elementary school and by fifth grade, he no longer needed OT, speech or an autism specialist. He was ready for middle school—though Lanette and Scott were nervous about his next big step.

"I began working as the elementary school secretary when Will was in first grade, so I was always there to help him," says Lanette. "That wouldn't be the case in middle school. Turns out, middle school was the best thing that could happen to him. He just blossomed."

After a successful middle school experience, Lanette and Scott were prepared for the next scary hurdle: high school.

It was a hurdle Will cleared with ease.

"In high school, Will no longer needs any kind of special accommodations and is just another student," says Lanette. "There was a time in his life when we questioned whether Will would be independent...now we are visiting colleges as he pursues his dreams of becoming a zoologist."

Though life has been difficult at times—especially those early years--Will and his family are proof that loving support, plenty of patience and a willingness to work through the tough phases make all the difference when dealing with a disability.

One look into the handsome, smiling face of Will Thompson, and it's easy to see that every minute was worth it.

"We are so proud of him," says Lanette. "He may need a little extra support along the way, but we believe he can do anything. He has proven us right time and time again." 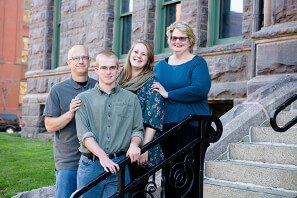 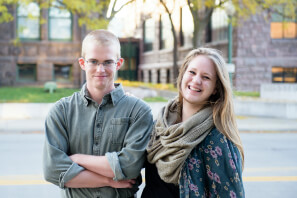 "We are so proud of him. He may need a little extra support along the way, but we believe he can do anything. He has proven us right time and time again."